Making History, One Vote at a Time

Sometimes it takes an extraordinary candidate to cut through an almost insurmountable pile of bullsh*t. After Tuesday’s primary results, it’s clear that Hillary Clinton has finally taken on the mantle of the Democratic nominee. Despite some of the continued kicking and screaming coming from the Bernie side, she has now won a majority of states, […] 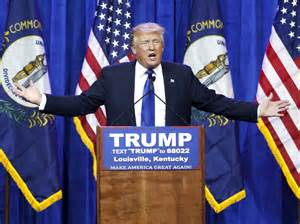 A Super Hangover: Trump’s mob mentality and hate-backed candidacy will divide the GOP

Super Tuesday has come and gone; and despite the wishful thinking by many in the GOP establishment Trump reigned supreme. He humiliated the party establishment that has for decades branded itself as the party of hardcore bible-thumping social conservatism, small business economics, and less government regulation. For decades this message helped them win local and […]