Kicking asses and taking names: what can you do for a veteran today?

A quiet breakfast at home with family or a solemn prayer at a nearby cemetery or church. Perhaps your tomorrow will be marked by joyous cheers at a local rally or parade; while for many it is just another day off that provides a few extra hours of sleep and time to catch up on chores at home. Regardless of how you spend your Veterans Day or who you spend it with, it’s important to take at least five minutes out of your day to reflect on what the day means. And despite any reservations you may have regarding the U.S. role in armed conflicts around the world, don’t confuse the sacrifice of the many with the politics of a few.

Originally known as Armistice Day, U.S. President Woodrow Wilson first established Veterans Day on November 11, 1919. World War I had ravaged the world, leaving in its wake destruction, loss of life, and an almost-suffocating sense that the world needed to change. The increase of industrial technology and trench warfare made WWI one of the deadliest conflicts in history; costing the lives of over 9 million combatants and 7 million civilians. And as a result, many nations that fell underwent revolutions and leading actors made the first move towards established principles of international law and human rights. To mark this path forward President Wilson proclaimed the holiday with the following statement:

“To us in America, the reflections of Armistice Day will be filled with solemn pride in the heroism of those who died in the country’s service and with gratitude for the victory, both because of the thing from which it has freed us and because of the opportunity it has given America to show her sympathy with peace and justice in the councils of the nations.”

On May 13, 1938 the U.S. Congress officially designated November 11th as a legal holiday to be “dedicated to the cause of world peace and to be thereafter celebrated and known as ‘Armistice Day’ (52 Stat. 351; 5 U.S. Code, Sec. 87a).” Following WWII veteran Raymond Weeks advocated for the expansion of Armistice Day to celebrate all veterans, and not just those who died in WWI. With the support of General Dwight Eisenhower, Weeks led the first national celebration in 1947 and continued to do so until his death in 1985. On June 1, 1954 Congress passed HR7786, which changed “Armistice” to “Veterans” and we have celebrated it as such ever since.

It’s a touching tale. Fervent in its meaning of inclusiveness and forever etched into our nation’s history as a day of remembrance and gratitude, we cheer and thank those around us. Politicians and leaders make grandiose statements from podiums, restaurants give discounts, and we feel a little bit better about ourselves when we give that one homeless veteran we pass on the street every day a dollar from our wallet. But therein lies the issue. We have this one day out of 365 that allows us to thank those who have served and sacrificed. We do our duty, eat BBQ, imbibe, and go to bed feeling good about ourselves for that one day. But what about the other 364 days of the year? By tomorrow morning our thoughts are on the day ahead, our veterans forgotten until next year when we do the same song and dance all over again.

After WWII, the U.S. emerged a military and industrial powerhouse. Fueled by the Cold War and arms race, the U.S. has established itself as the single largest globalized military power in the world. According to the Department of Defense’s FY2014 Defense Manpower Requirements Report, to-date there is an estimated 2,165,100 military personnel stationed at home and abroad (1,331,400 active and 833,700 selected reserve). As the two wars in Iraq and Afghanistan continue to subside, our active duty personnel number will decrease, adding to the estimated 22,500,000 million veterans already living in the U.S. Think about that for a second. 22.5 million. There are 195 nations in the world and only 59 of them have total populations greater than 20 million. Puts it in perspective, doesn’t it? Of that number, it is also estimated that “between 529,000 and 840,000 veterans are homeless at some time during the year” and of all homeless males veterans make up 33%. Despite the Department of Veterans Affairs (VA) and Housing and Urban Development’s (HUD) best efforts, only a fraction of homeless veterans have received housing and Federal services since many of the 2010 initiatives were introduced and without reformed programs and increased funding the number of homeless veterans is only expected to grow. Nor is homelessness the only issue plaguing the veteran population. According to the VA:

Not only are our veterans coming home physically damaged but emotionally and mentally as well. In a 2014 report by the VA, young veterans are committing suicide at a rate nearly three times that of active duty military personnel. Between 2009 and 2011 the suicide rate for male veterans aged 18-29 jumped 44% and for females 11%. The VA estimates that 22 veterans, young and old, take their lives each day. And while the VA has proactively worked to address these issues, failed technological advancements, poor leadership, scandals, and a lack of funding resources have prevented the Department from progressing along with the needs of the growing veteran population.

Veterans need a compassionate coordinated effort that not only provides basic housing and food services but also addresses many of the underlying mental health and substance abuse issues. In addition, these programs should include robust employment programs providing necessary training, placement, and job assessment services. We can’t just sit back 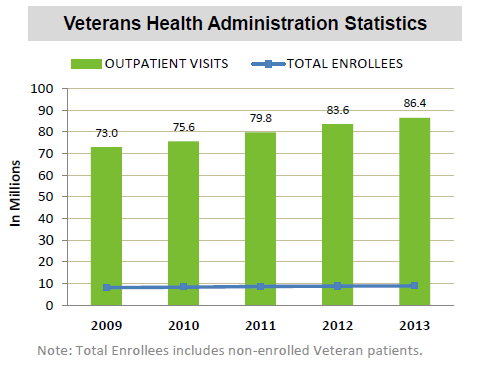 and wait for our legislative leaders to make these moves. Partisan bickering and slashed budgets have pushed many of the government services to capacity. Special interest markups, lobbying, and the conservative call to slash funds have killed many popular proposals. Just look at what happened to the 9/11 First Responders bill.

Right now it seems that some of the most effective programs are community and non-profit-based instead of government. Many of these programs use “veterans helping veterans” services and rely on charitable donations and volunteer efforts. It can be easy to forget that basic necessities such as housing, food, healthcare, and community support are not always accessible for those who need it the most. We have a duty to look out for each other.

So what can I do to help, you ask?

← Rizzo would be thriving in 2015
Embracing #PorteOuverte and Refusing Hate →